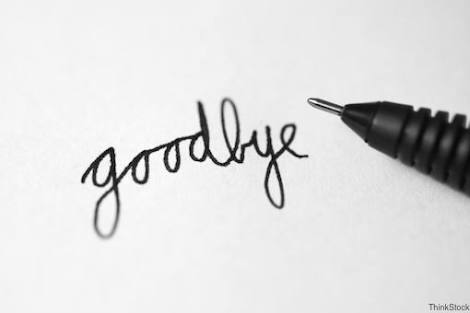 I have heard it so often coming from a person who has lost a dear one. ” I wish I could say goodbye. Just once, at least I should have made sure I told him how I feel about him.” Exactly what is this goodbye? It’s not just a mere wave of hand and saying that ” We will meet again?” They say goodbye is like a promise, a promise never to forget the person till the end of our life. Is goodbyes only for people? There are so many things we face in life that we want to get rid of, to forget them and there are so many ways we try to do it. Nothing works. Some things never leave us how much ever we try. These things just don’t say goodbye. We try to be mean and sweet and desperate, but these things haunt us every time. That’s the time when I keep thinking. Is this the promise I was looking for?
I find goodbyes more like a trap. If you want to leave a person and never want him to see you again is when you say goodbye. More like good riddance, the memories of that person traps us completely. Even with a goodbye, it never ends. Still people say, ” I have ended it, I said goodbye.” What have they ended really? The memories of the person or the existence of that person only? I have being lucky till now that I did not have to say goodbye to anyone, but even if the time comes, I won’t. Saying goodbye might be the end of the person’s existence in my life. But it’s not the end of him. We can never say goodbye, it is not possible. All you mean by saying goodbye is that, you can no longer weave your memories in my mind. How can it be happy?
We are always sad to leave a person who is close to us. Even if it hurts us, we still do it. Really, are we saying goodbye here? The only time you are saying genuinely goodbye is wen you lose yourself to something, which is not right. That’s wen you say goodbye to yourself. It’s easy to lose yourself than people around you. I have always felt, instead of saying goodbye, all you have to do is tell the person what you feel about him/her… Because goodbyes say nothing… But when you tell a person how important or how useless he is in your life, it is the only time wen you are ready to let him/her go. Just saying it over makes no sense at all. It’s like you measuring the person right from the start of how long he is going to remain. When the time is up to you to say it’s over.
So goodbyes be either bad or good should end with a reason. Every person that comes in our life plays a part. He is not there as a timer. He is done with the part. He receives goodbyes from us. But until you make him know the reason, it’s so useless, because you can’t forget him. Only when the person is ready to say goodbye to you, is when you are ready to let it go.

What are you looking for?

Categories to Look for: