The temperature was high, but then the way I felt seemed to have betrayed the weather itself. With sweat formed on my forehead, there was this chilly current that ran down my spine. It seemed to have soaked out all the sweat I had, only leaving behind cold skin beneath my flesh. The fact of wearing no jacket seemed to have weighed more than I thought it would. The darkness did not really help with anything and the small ray of light, that projected from the device, did not stop me from hoping I had eyes at the back of my head as well. The thought of dying in the midst of nothing was not really something I rejoiced a lot. I had been severely brave to come down here alone, but now I feel like I would have avoided the chill. I saw the pink wall which was supposed to be like the starting point of my venture. I had to find the source of the noise, and, flashing light everywhere near that area, it only made me more terrified about the mystery that was about to unravel in front of me. Clink! I heard the sound of metals hitting one another making me turn to the direction where it came from. “Who is it?” I shouted, and thought how quite I had been all this time too bust concentrating on my pulse rate. “Who do you think it is?” It was the voice that spoke back. so near me that if I stepped aside I would have hit the source of the voice, but I knew there was no one. 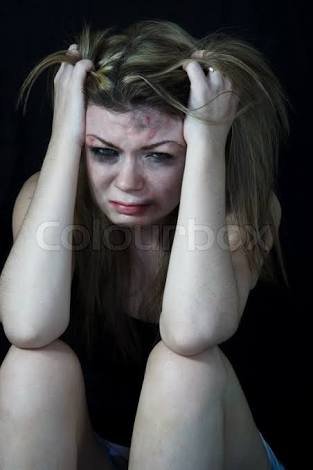 It was just a voice, even a whisper which was only present for me to hear. I scrambled back to the nearest wall, trying to slow down my breath and, desperately, trying not to make any noise, as if that would have helped with whatever it was from finding me. There was this light touch on all of my exposed skin, as if there was someone touching me, but I knew for sure there was no real person anywhere near me, and that made me flinch to a small ball curled in some corner of somewhere. I tried to fight back the tears which escaped from my eyes but they seemed to disobey. The first drop that fell from my eyelids flew away with some force landing nowhere near me. There was definitely someone, but then someone I could not see for sure. I gave up on the flashlight from my hand, sitting in vain waiting for the inevitable to happen. The voice remained quite, but then the feeling of being touched did not go. “I am so scared.” I say barely in a whisper, and after no more than two seconds I found many voices repeating. “I am so scared.”

What are you looking for?

Categories to Look for: